What are Modified Starches?

Modified starches are plant-based ingredients/additives used in food, derived from cereals (maize and wheat) and tubers (potatoes). They belong to the Carbohydrates family.

Modified starches are based on starch extracted from grains and vegetables, such as wheat, maize, potatoes. This starch has subsequently been improved to develop specific characteristics, such as the ability to bring texture and structure to the food to which they are added. Depending on the process, starches can get specific functionalities that are beneficial for example in certain food preparation techniques.

Native starches are perfectly suited to a wide variety of applications, food or non-food, where their properties remain irreplaceable. Very early however, it appeared necessary, in some cases, to improve the performance of the starch and to respond to the needs of customers, giving other improved functionality or behaviour: solubility with cold water, more stable viscosity with the variations of temperature, hot fluidity, better stability, etc.

The first modified starch dates from the 19th century and other modified starches were since then developed, often in partnership with customer industries, which sought to make starches compatible with their industrial processes. In the food area, the principal modifications aim at adapting the starch to the technological constraints resulting for example from cooking, freezing/thawing, canning or sterilisation and to make them compatible with a modern food (microwavable, instant preparations, ultra high temperatures and so on). One of the objectives common to the majority of these transformations is to limit the natural tendency of starch to be retrograde. During the cooking of soup for example, the native starch is hydrated in contact with water. The starch granules expand and the “viscosity” of the solution increases giving it a particular texture.

“Modified” does not mean genetically modified. The agricultural raw materials used in starch production in Europe are conventional non-GMO.

Twelve modified starches are authorised as food additives in the EU and are labelled either by their specific names or by their E-number on the ingredient list. As with any additives used in food in Europe, they have undergone rigorous testing by the European Food Safety Agency (EFSA) – most recently in 2017- and their use in food and beverages is regulated under Regulation (EC) 1333/2008 on food additives.

The various modifications of starch make it possible to obtain: 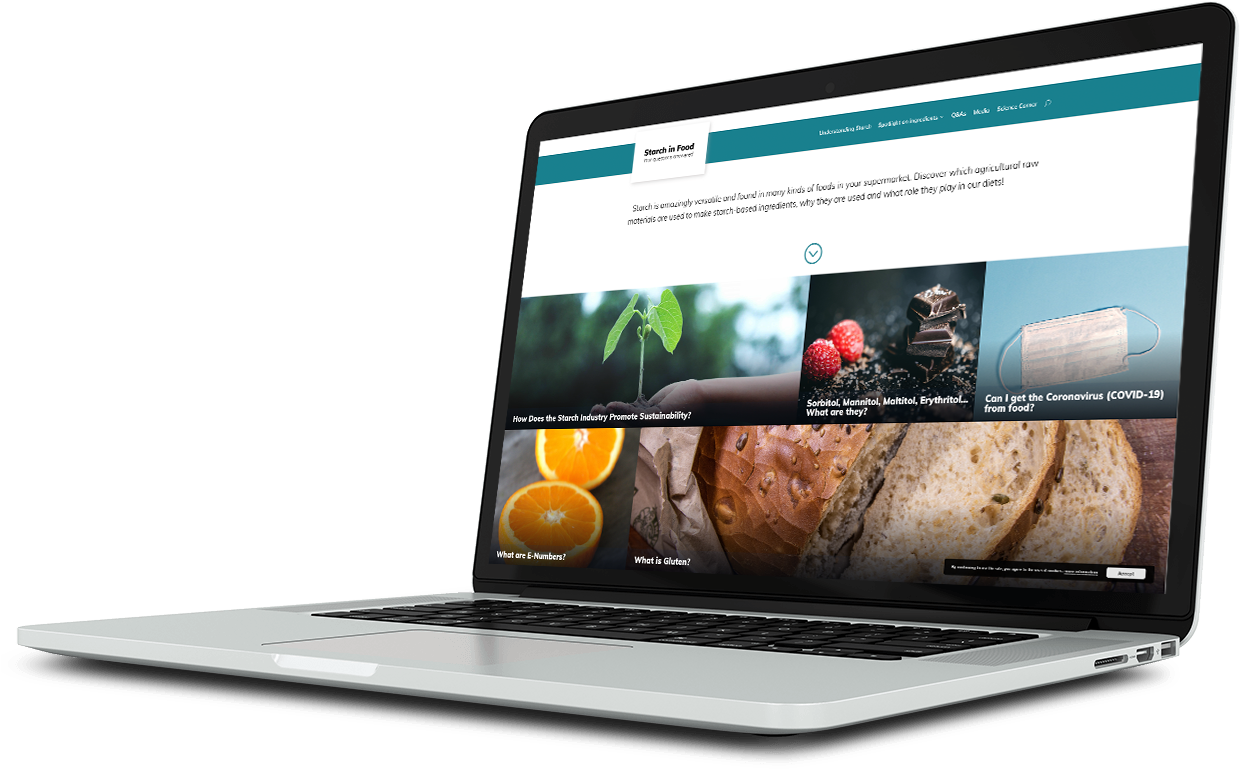 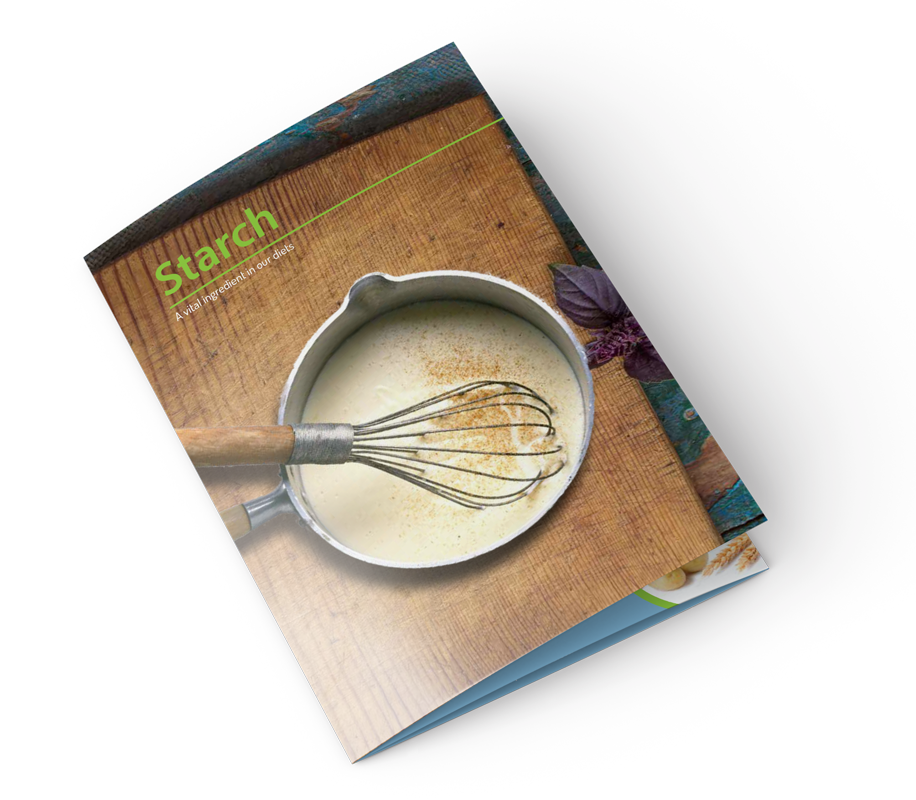 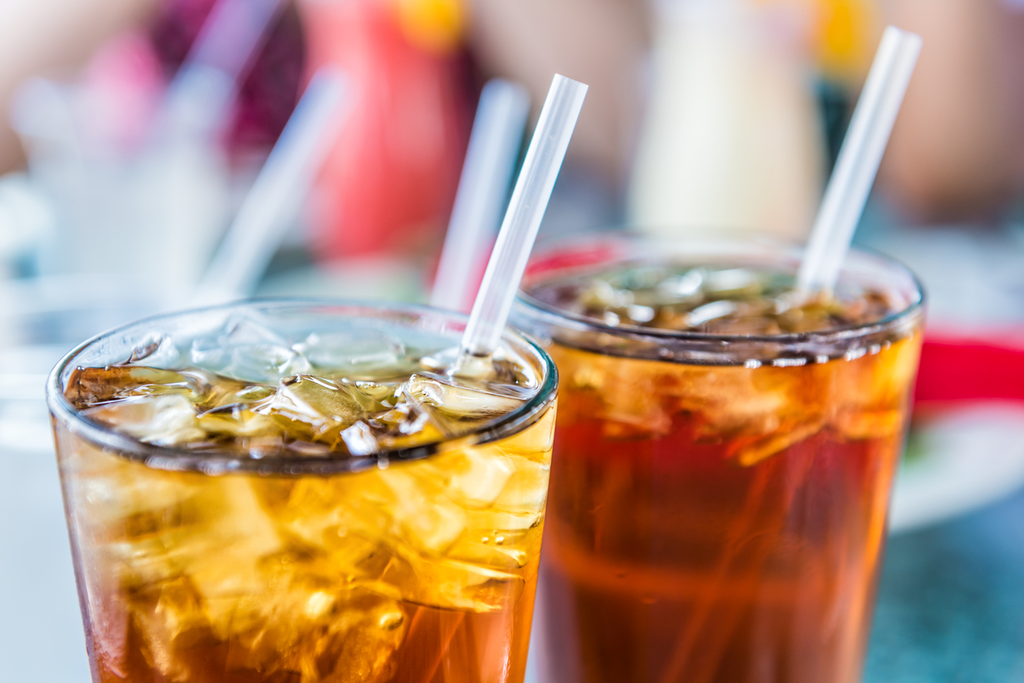 The sweetness, and even certain nutritional qualities of soft drinks, fruit drinks, brewing and alcoholic beverages are often derived from starch products, for example glucose and fructose syrups. This is also true for the colour consistency of cola, beer and even whisky and cognac, all of which incorporate small amounts of starch-derived caramel colour. 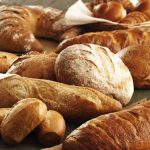 Many bakery products including bread, depend for their elasticity, shape and rising characteristics on wheat gluten, a key co-product of the starch industry. Other starch derivatives, such as physically and chemically modified starches and glucose are used as well, for example for cake and biscuit fillings. 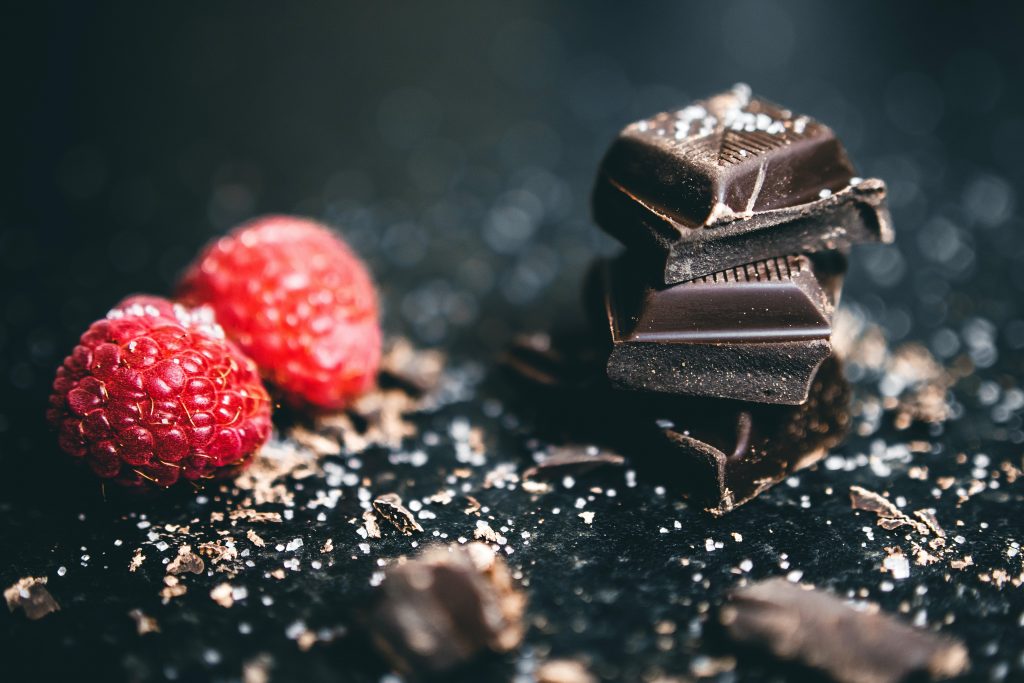 The sparkle of boiled sweets, the chewiness of toffees, the brittleness of chewing gum coatings, the energy of dextrose-based confectionery, tooth-friendly sugar-free confectionery – all are at least in part the result of carefully tailored made starch products. 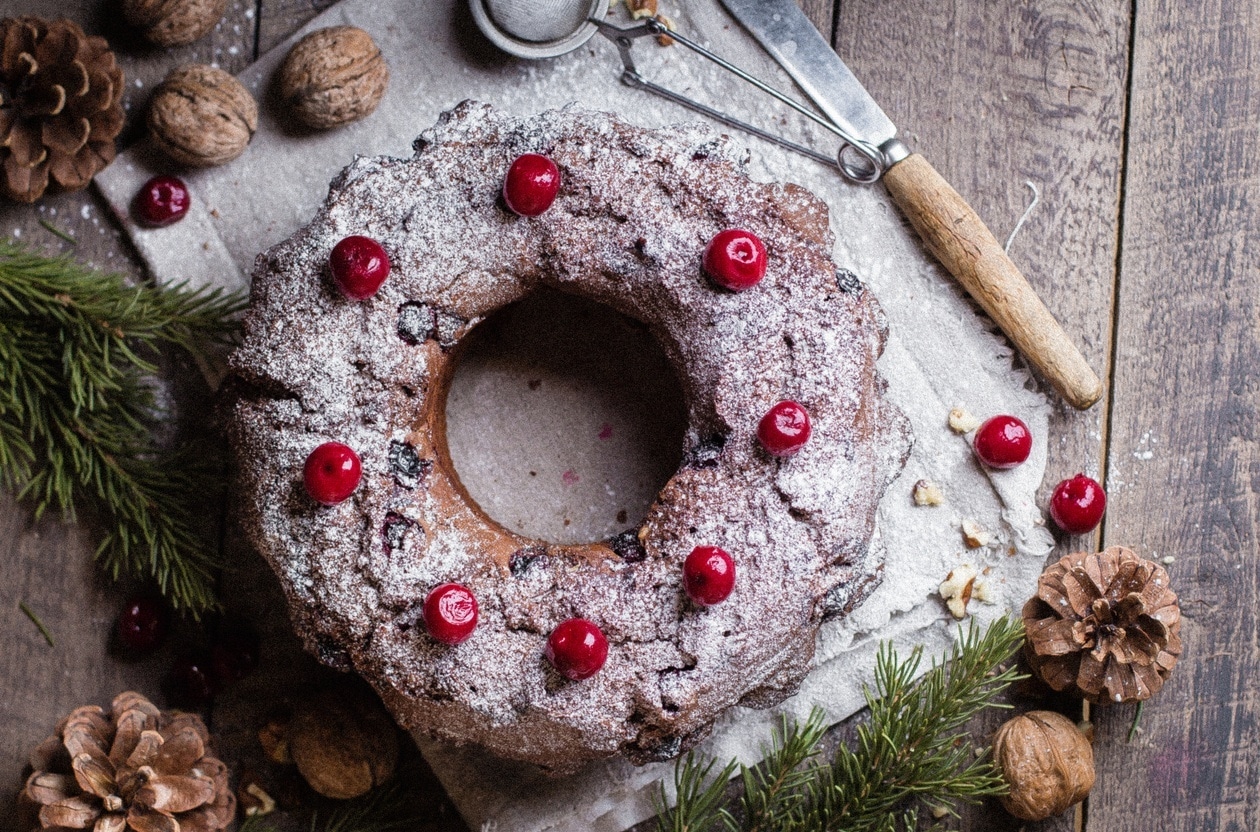 The thickening properties of native and modified starches are used in canned, aseptic packaged and instant soups, and in the gravy and sauces for canned and frozen meat preparations. Modified starches together with glucose are also used in ketchup, sauces and mayonnaise to regulate viscosity and as a sweetener.

The sweetness, various textures, stiffness, viscosity, stability and even flavour and appearance of a very broad range of desserts and dairy products, including custard creams, puddings, flans and ice creams are all obtained with the help of starch products. Starch products also make the production of cholesterol-reduced butter possible by encapsulating the cholesterol and enabling it to be extracted from the milk products.

Starch products are used in paper bags, tissues and packaging paper, corrugating board, and stationery – for, for example, wet end addition, size-press and surface coating. It would be virtually impossible to make paper in all its current varieties and qualities without the help of starch products, because internal strength and surface “feel” both depend on it. Starch also improves the printability and writing properties of paper. It is added at several stages of the production process : while the paper is still a cellulose pulp, when it is passing through the drying rollers, and as a final coating to meet the many special requirements of printer. Typically printing and writing papers contain 4.1% starch, paper board 2% starch and domestic and industrial papers 1.9% starch.The growing use of recycled paper requires more and more starch quantities to avoid deterioration of the quality of fibres during recycling. 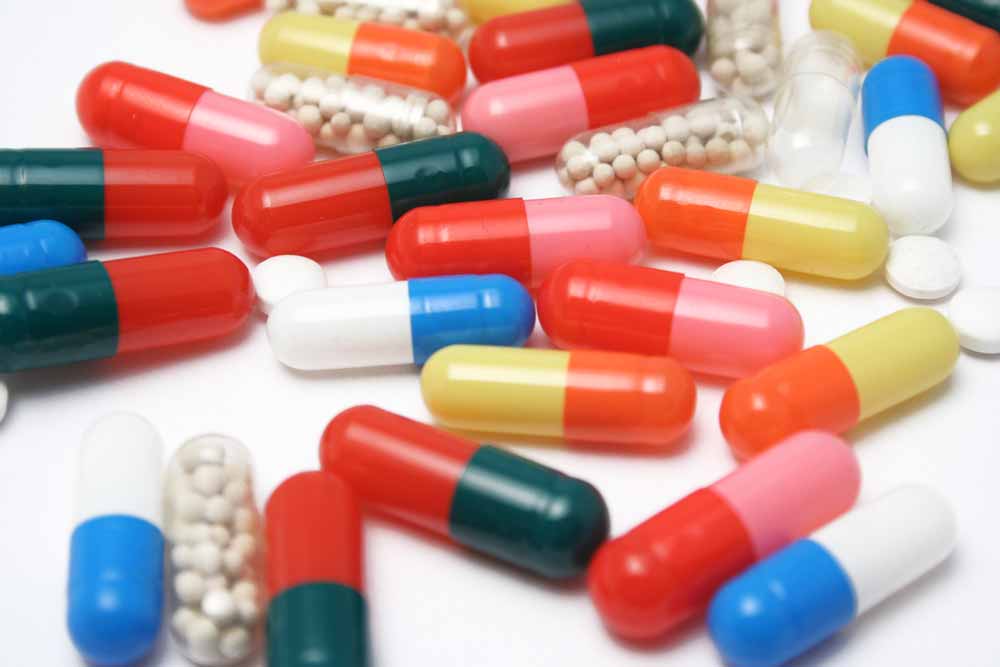 Starches are a source for use in pharmaceuticals and make a variety of contributions – from binder to sugarless sweetener – to products as disparate as toothpaste, tablets, emulsions, lotions, liquid medicines and creams. Human well-being and, indeed, survival are also dependent on the role starch plays in the production of antibiotics, vitamins, penicillin, dialysis solutions, enteral nutrition, drip-feed systems, and even blood plasma substitutes. Starch is also used quite extensively in cosmetic, make up and healthcare products. 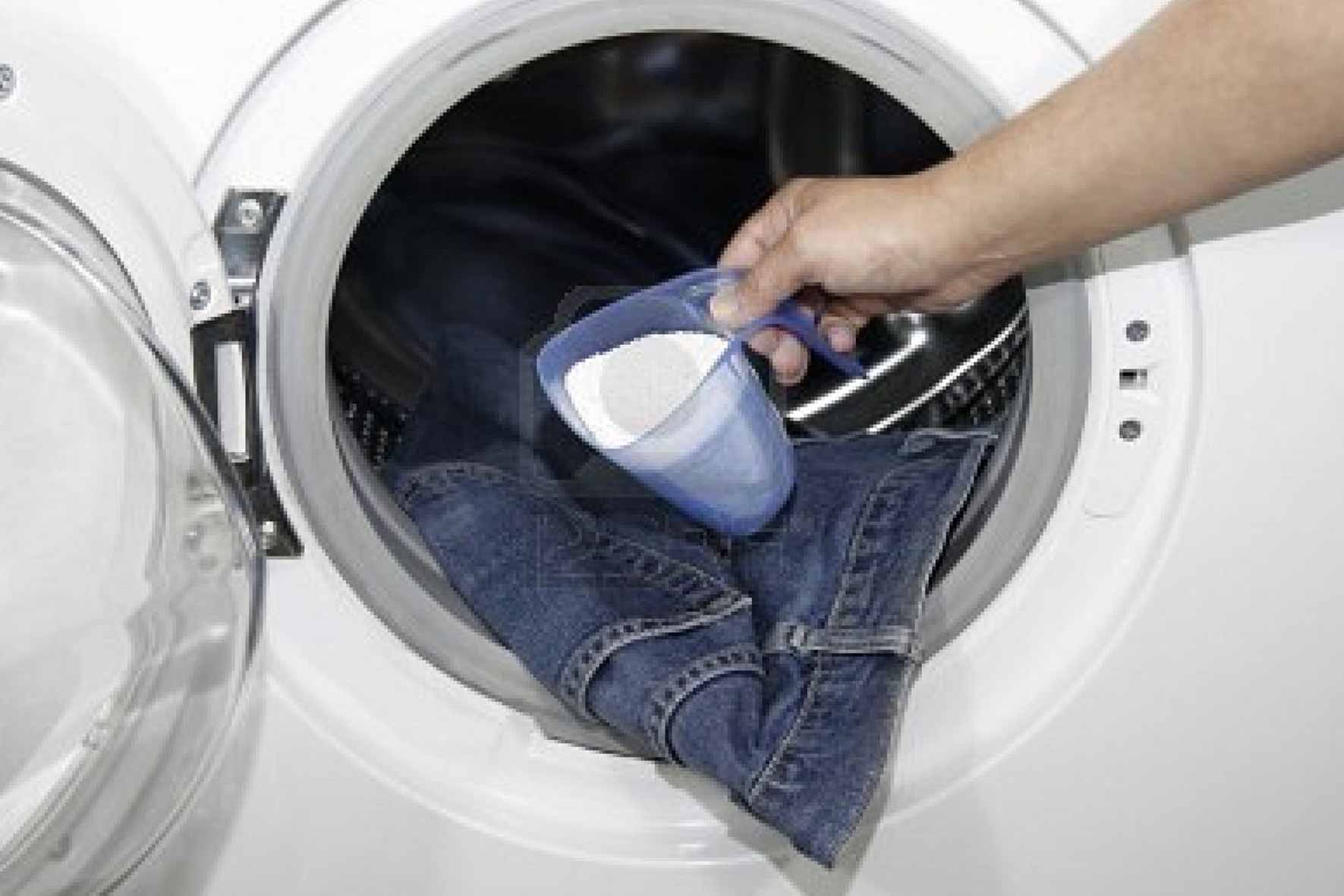 One of the earliest known industrial uses of starch was to ‘size’ and stiffen textiles. This is still true, but today starch does much more : it is added to individual yarns to increase mechanical strength and resistance to friction wear, and helps resist moisture penetration. And it can serve as a stabiliser and filler for coloured inks when fabrics are overprinted. The detergent industry uses starch products for the production of biodegradable, non-toxic and skin friendly detergents. Starch products are also used in an array of less obvious applications : in fermentation – for the production of amino acids, organic acids, enzymes and yeast, by the chemical industry – for the production of surfactants, polyurethanes, resins, and in biodegradable plastics. But also in the construction industry – for concrete admixtures, plasters and insulation, as well as in oil drilling, mineral and metal processing. 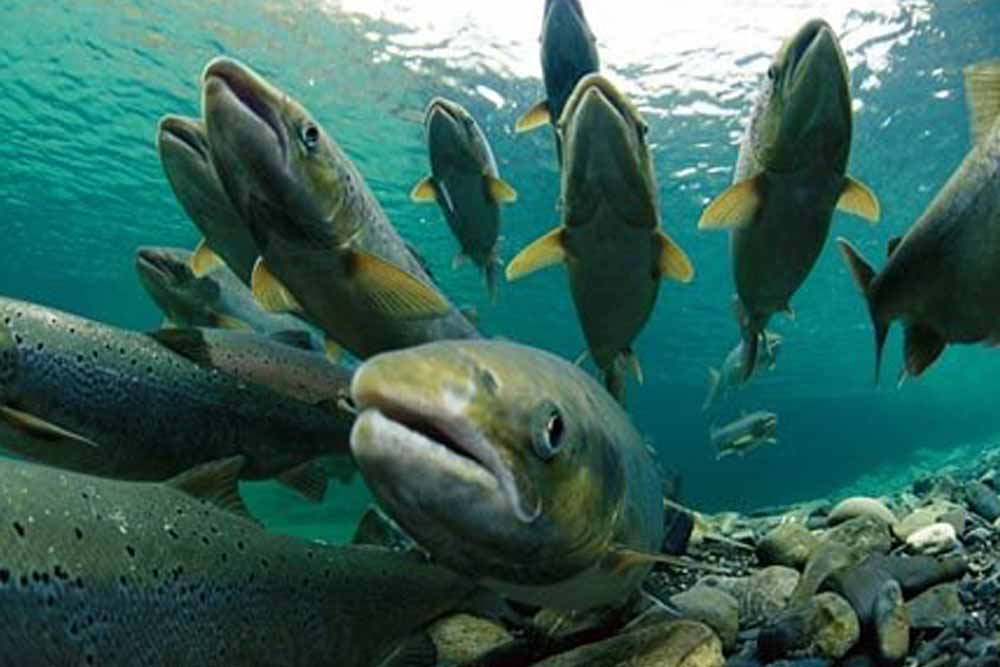 The high purity and bacteriological quality of the starch industry’s products has led to their incorporation in aquafeed, as a replacement for fish meal. Starch products are commonly used for their nutritive value, particularly as a source of proteins and carbohydrates or for their vitamin content. They are particularly suitable for feed intended for young fish. In addition, starch and starch derivatives are used as processing aids, as a binding agent, as a thickener, to stabilise the viscosity of the feed, etc. 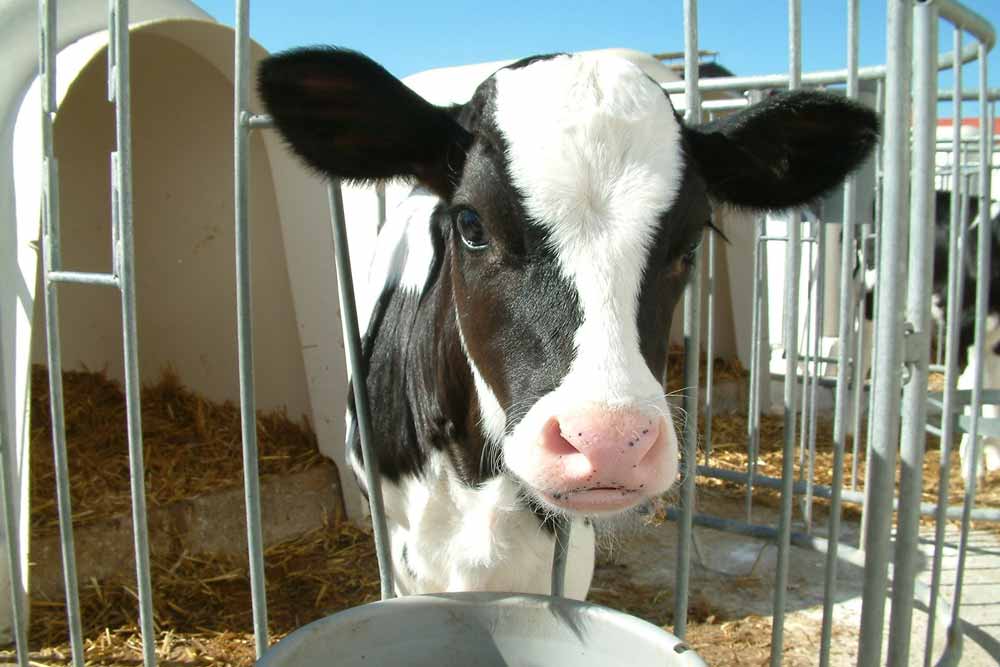 Carefully formulated animal feed and health-promotion products obtained from starch help farmers meet today’s very high consumer standards. The starch co-products are a natural source of very digestible protein. Other starch derivatives are used to help the digestibility of the animal feed, while some contribute to the protection of the animal’s liver functions. Due to their nutritive value, starch products also make an ideal milk substitute for calves. 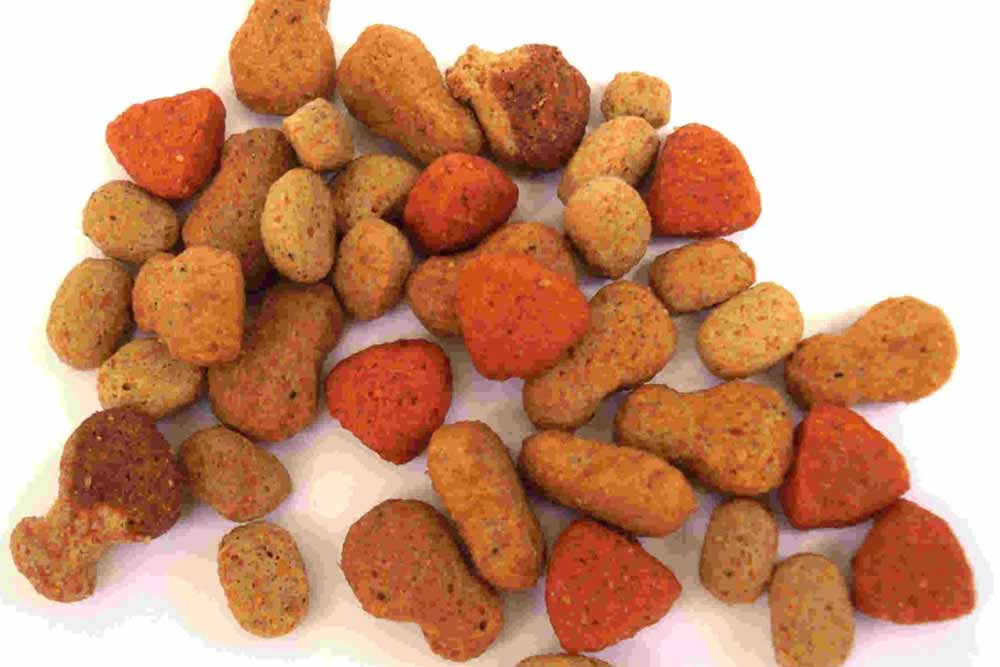 The high protein content of starch co-products makes them a very good meat substitute for pet food, while native and modified starches are used as binders and thickeners. Other starch products are also used as basic ingredients, for example as a source of fibres, or for the sweetening and colouring of pet food.