From 71 starch production facilities in 20 EU Member States, the European Starch Industry today produces over 11 million tonnes of starch and starch-derivatives, and more than 5 million tonnes of proteins and fibres each year.

This is primarily extracted from 25 million tonnes of EU-grown wheat, maize and potatoes, but also from barley, rice and peas.

The EU consumes 8,6 million tonnes of starch (excluding proteins and fibres totalling around 5 million tonnes), of which 51% in food, 2% in feed and 47% in non-food applications, primarily paper making.

Of the 8,6 million tonnes of starch and starch-derivatives consumed in the EU, 32% are native starches, 19% modified starches and 49% starch sweeteners.

The 28 Starch Europe member companies process starch in 75 plants in 19 of the 27 EU Member States.

The EU consumes 9,3 million tonnes of starch (excluding proteins and fibres totalling around 5 million tonnes), of which 54% in food, 2% in feed and 44% in non food applications, primarily paper making.

Of the 9,1 million tonnes of starch and starch derivatives consumed in the EU, 28% are native starches, 19% modified starches and 53% starch sweeteners.

Our thoughts on the role, impact, and responsibilities of the Starch Industry

The European starch industry is built on constant innovation

The European starch industry is a long-established part of the agri-food value chain, built on constant innovation to meet societal demands and consumer expectations.

We strengthen rural areas with essential sources of income and employment

We strengthen rural areas by providing an essential source of income and employment, both directly and to the farmers who supply the raw materials used to make our ingredients.

We offer a vast range of plant-based ingredients improving food and drink.

We offer a vast range of plant-based ingredients, including carbohydrates, proteins and fibres, to make food and drink taste better, last longer, and be more sustainable and nutritious.

We develop bio-based materials and alternatives to fossil-based products 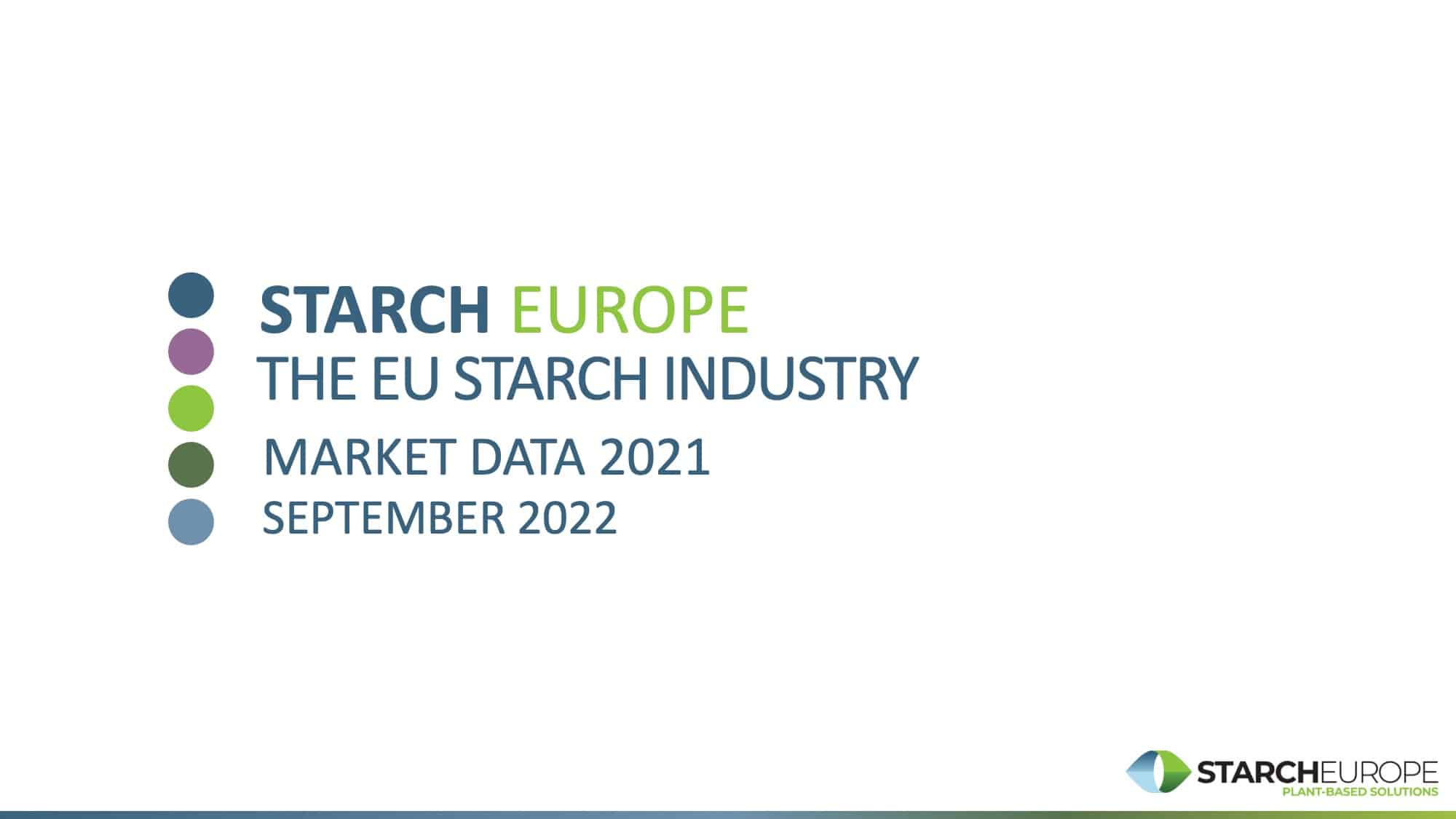 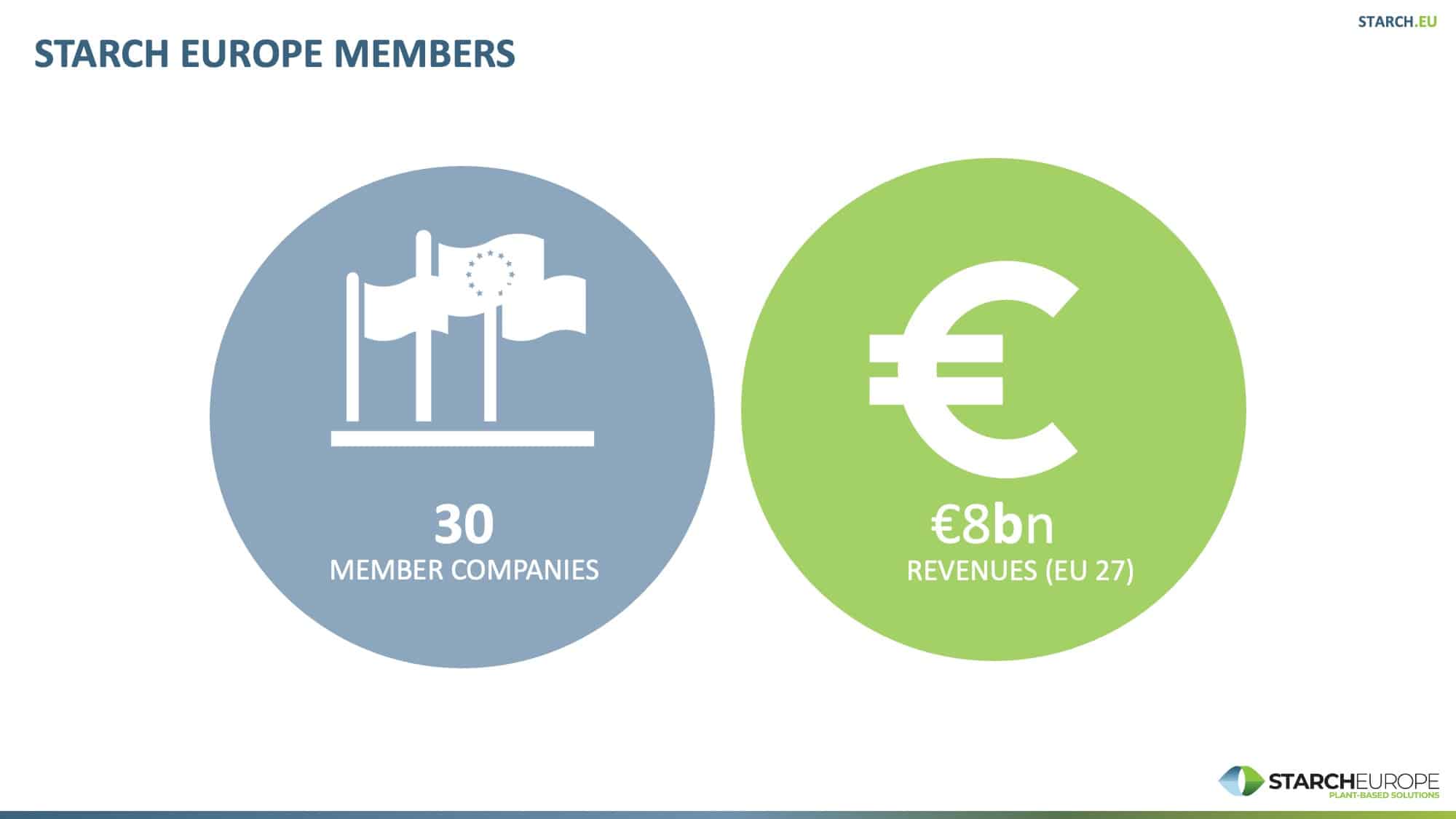 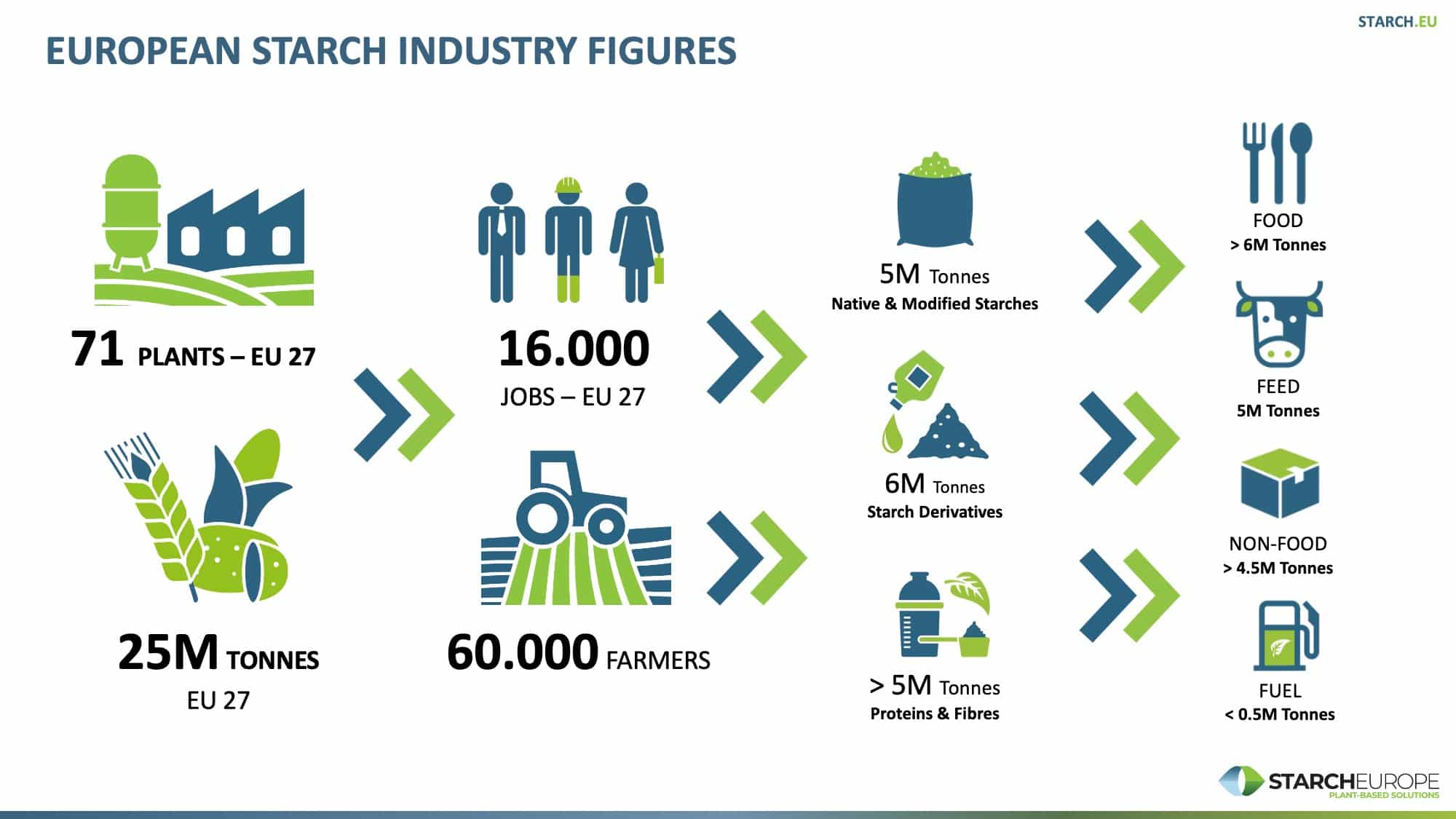 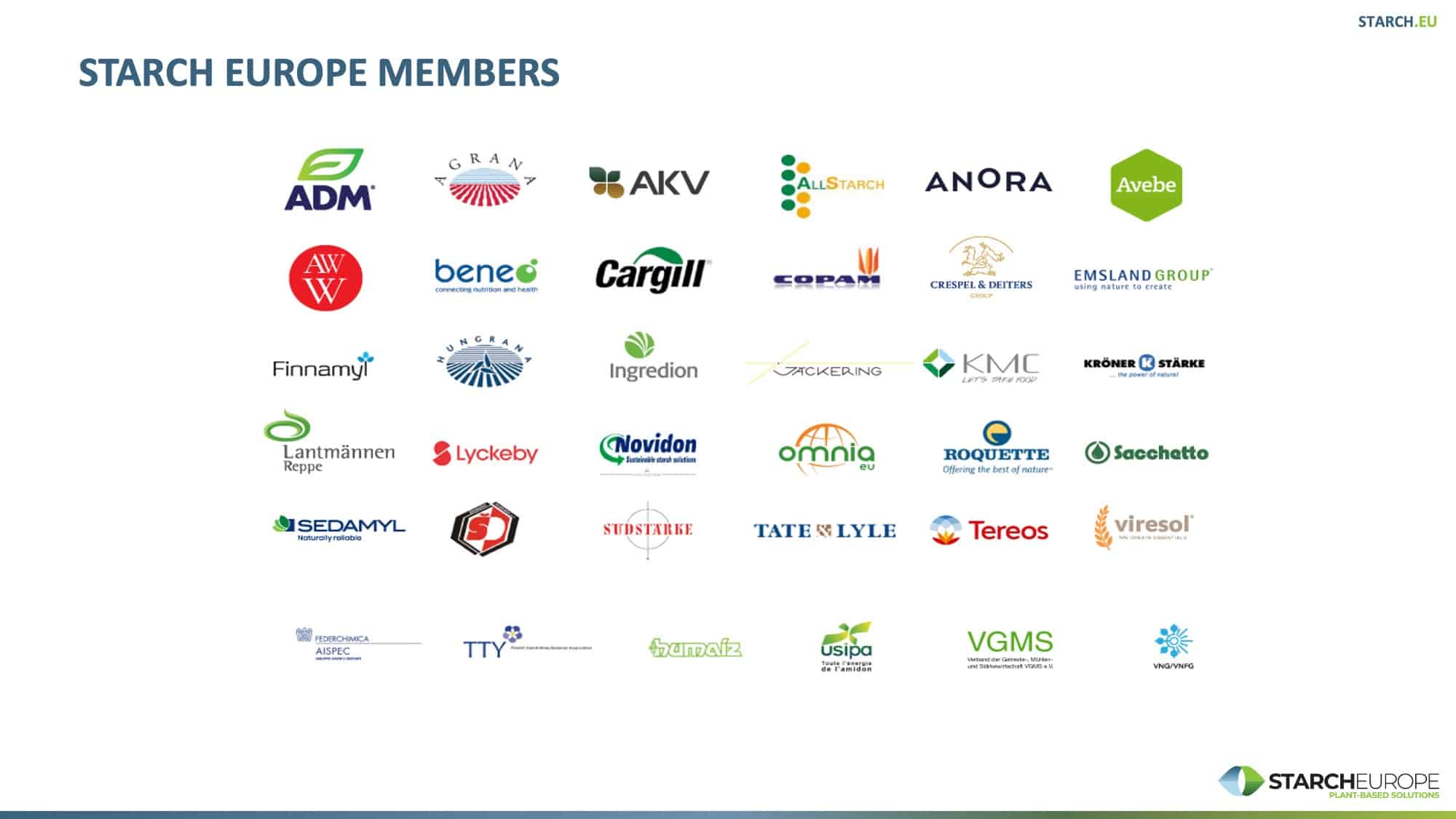 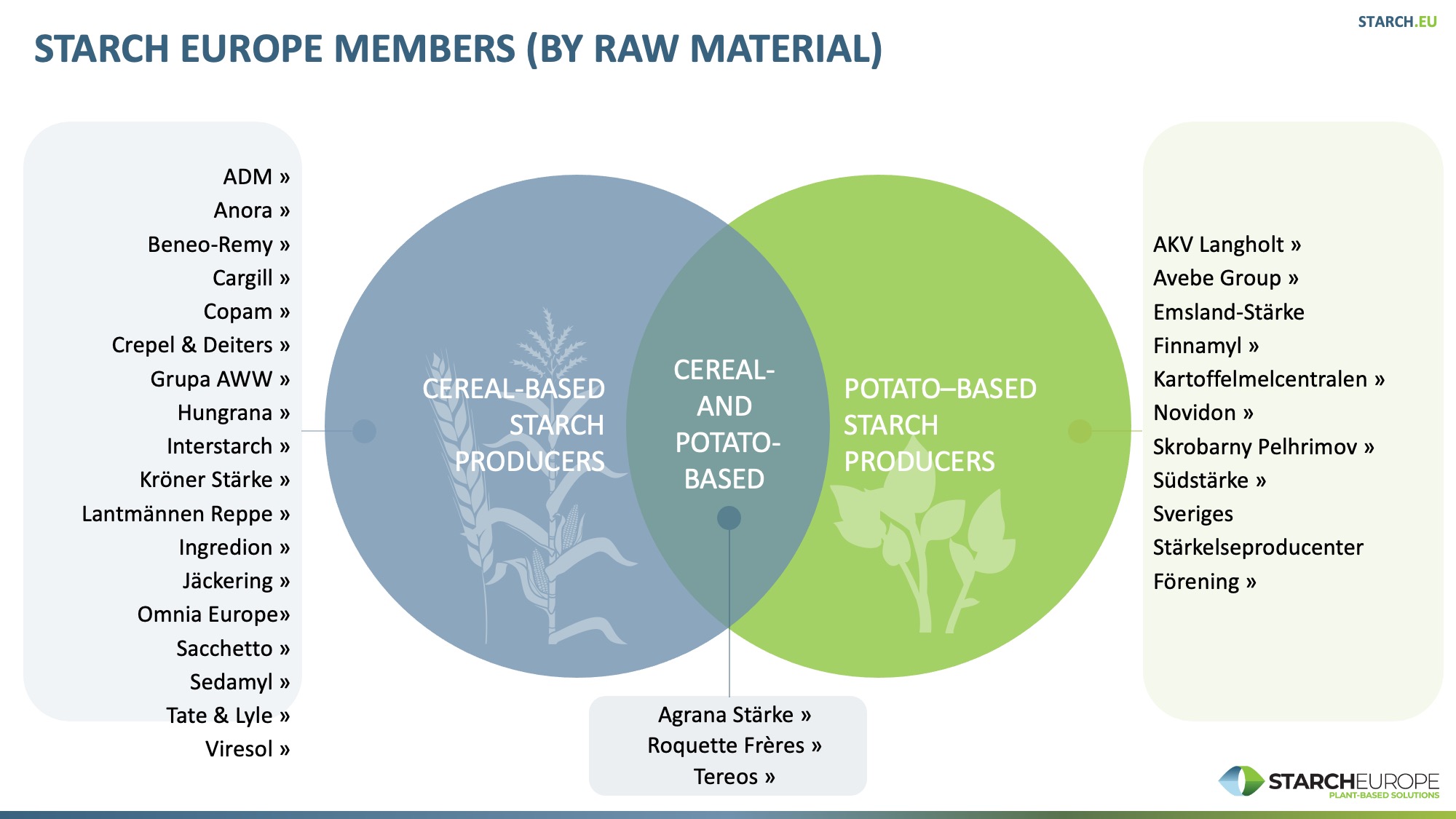 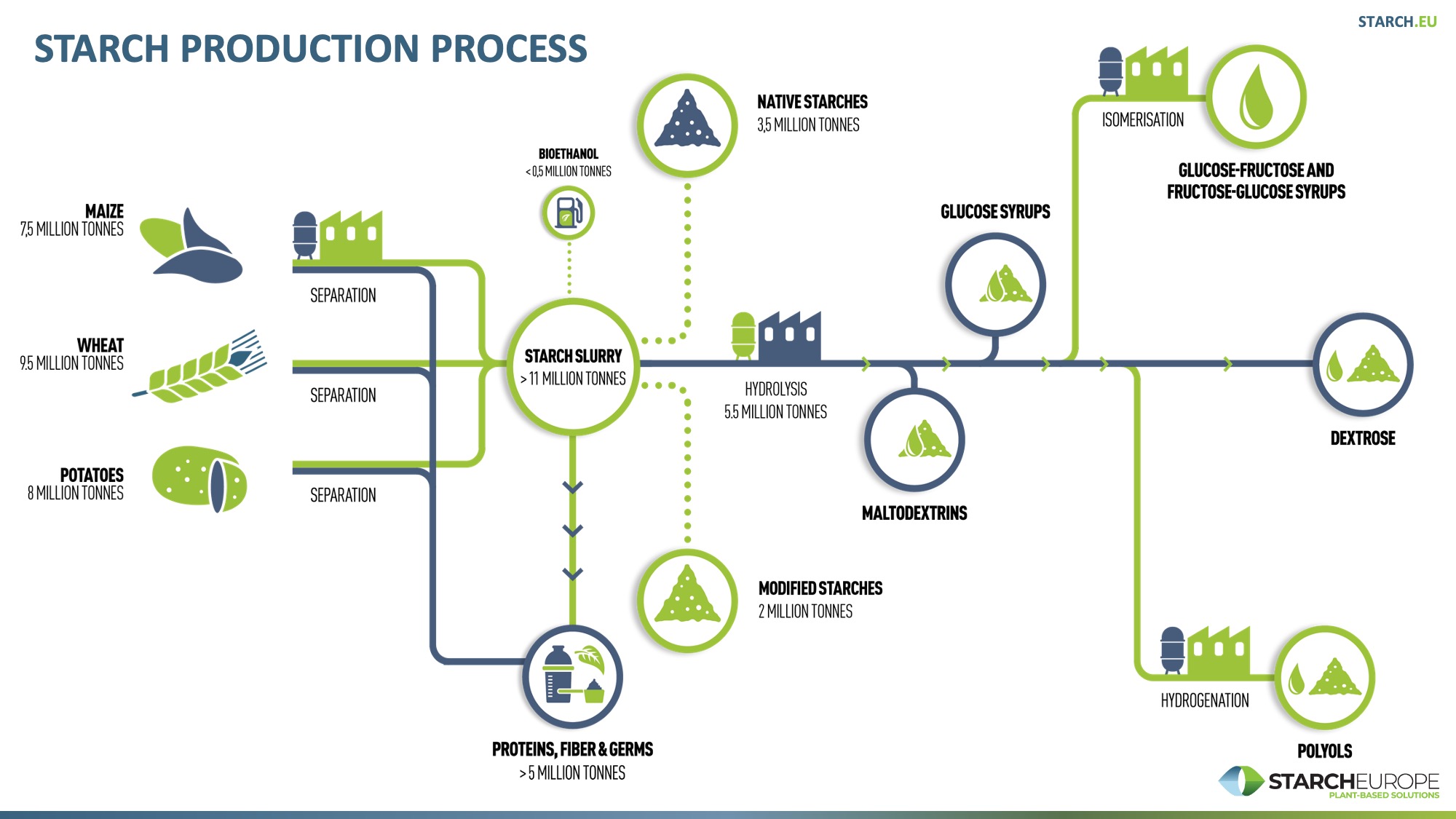 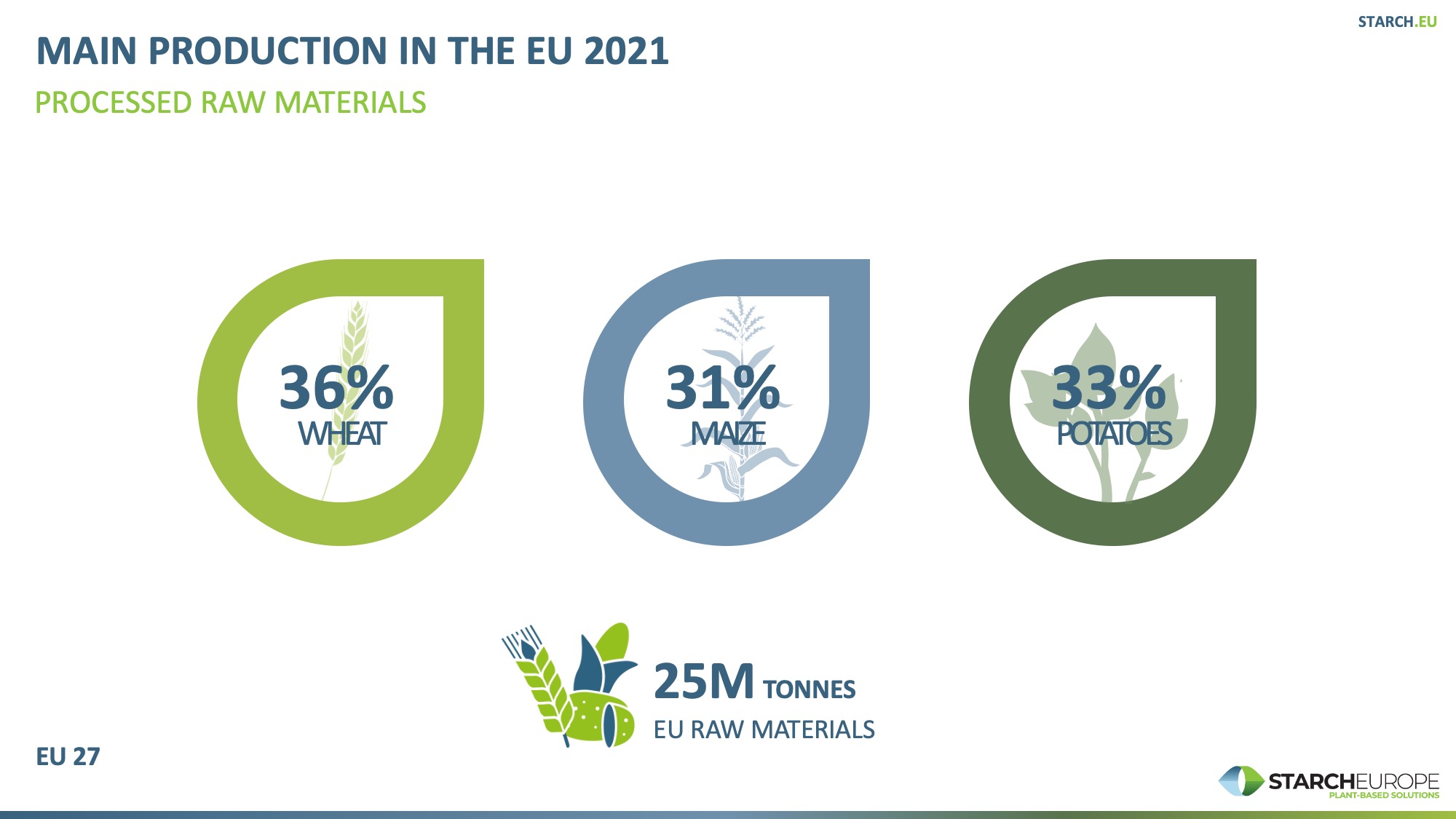 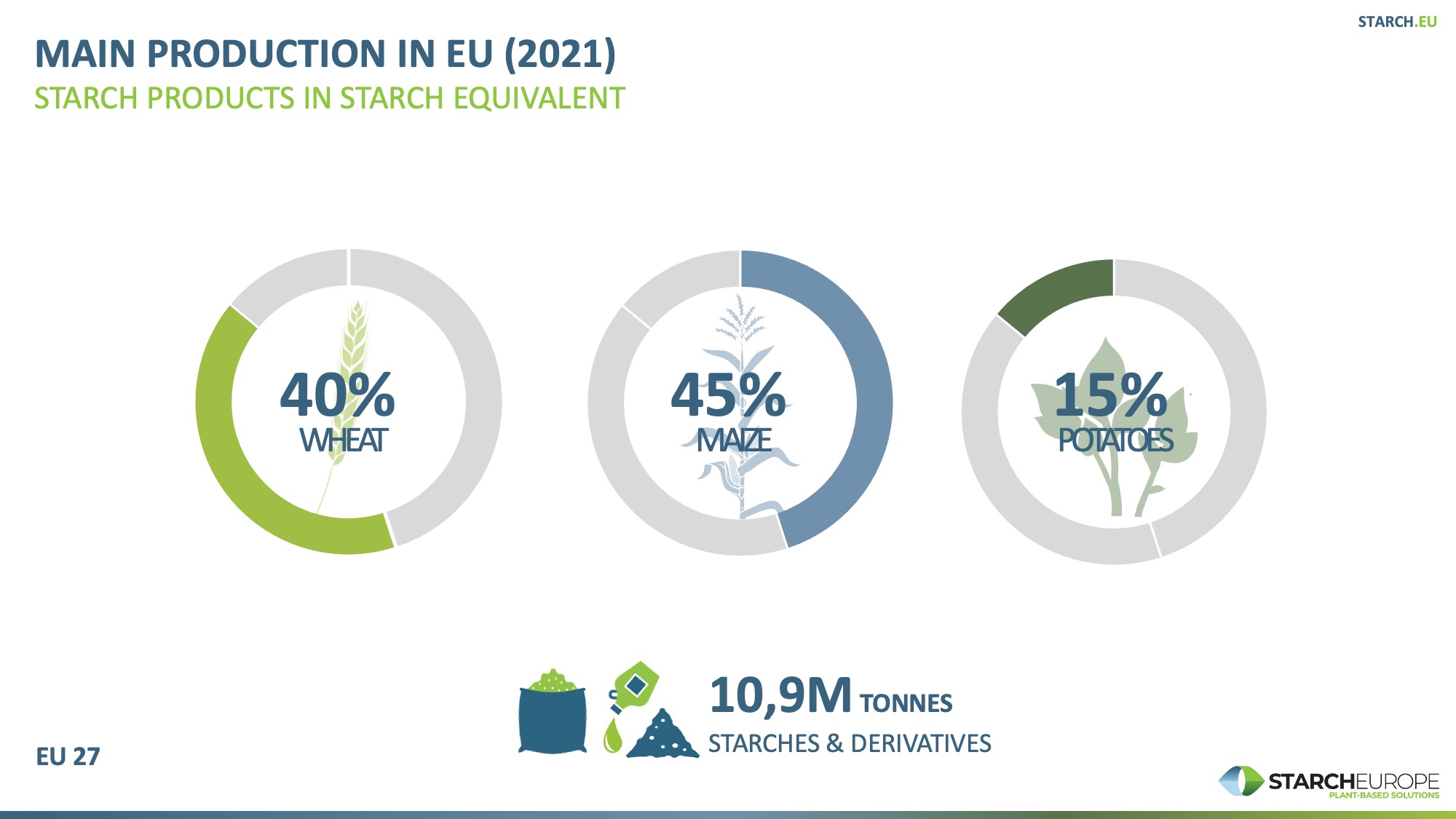 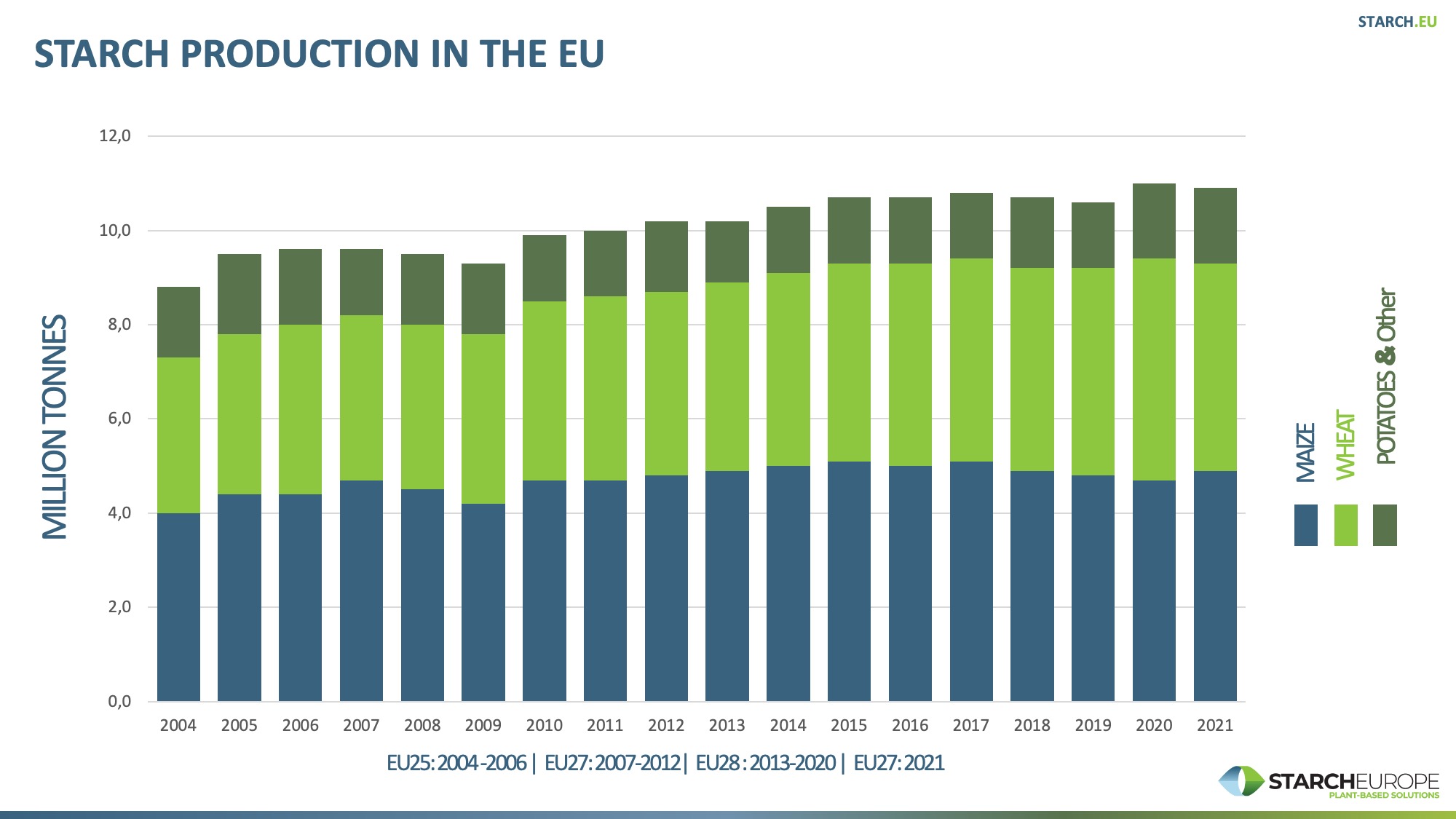 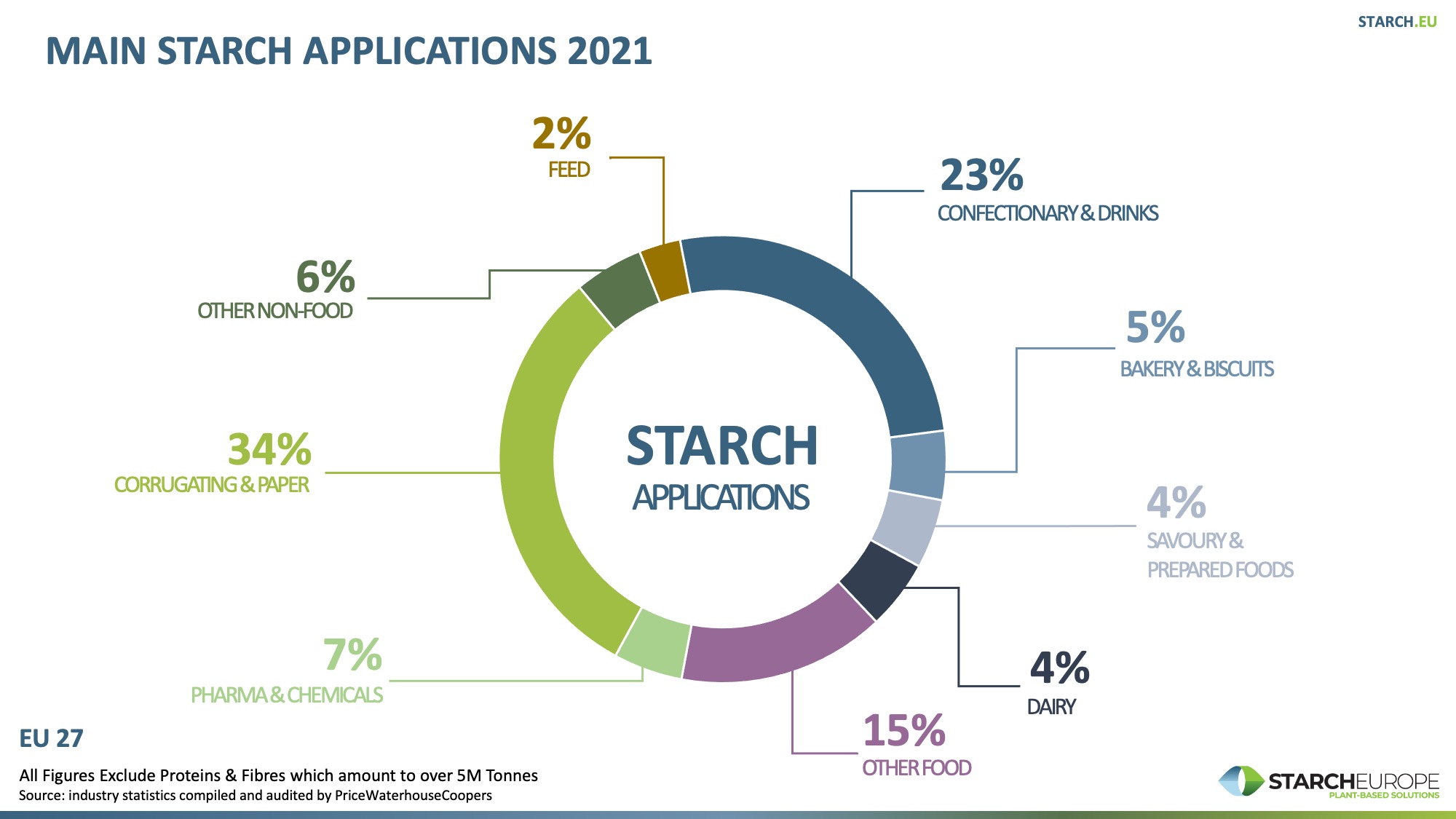 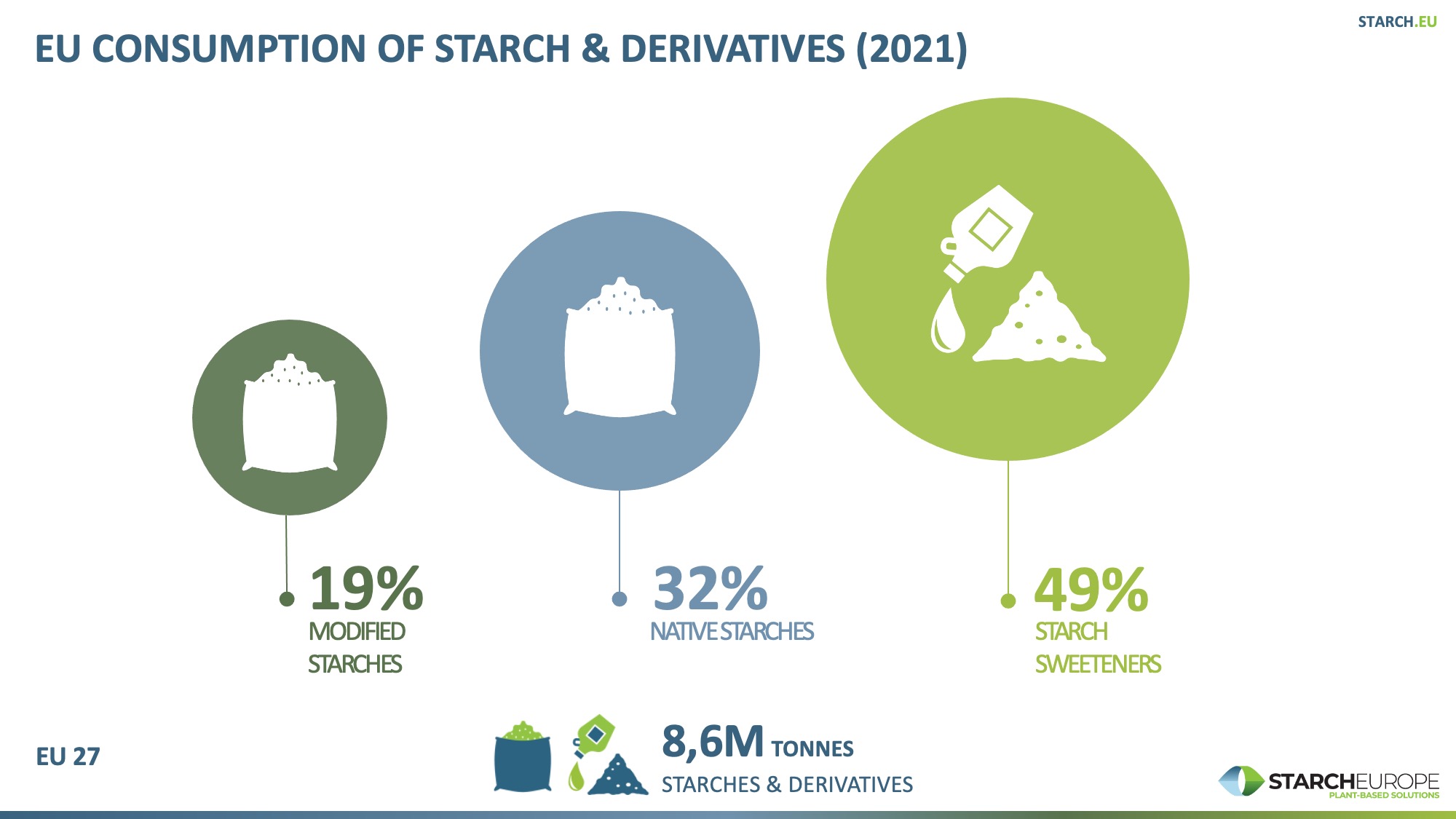 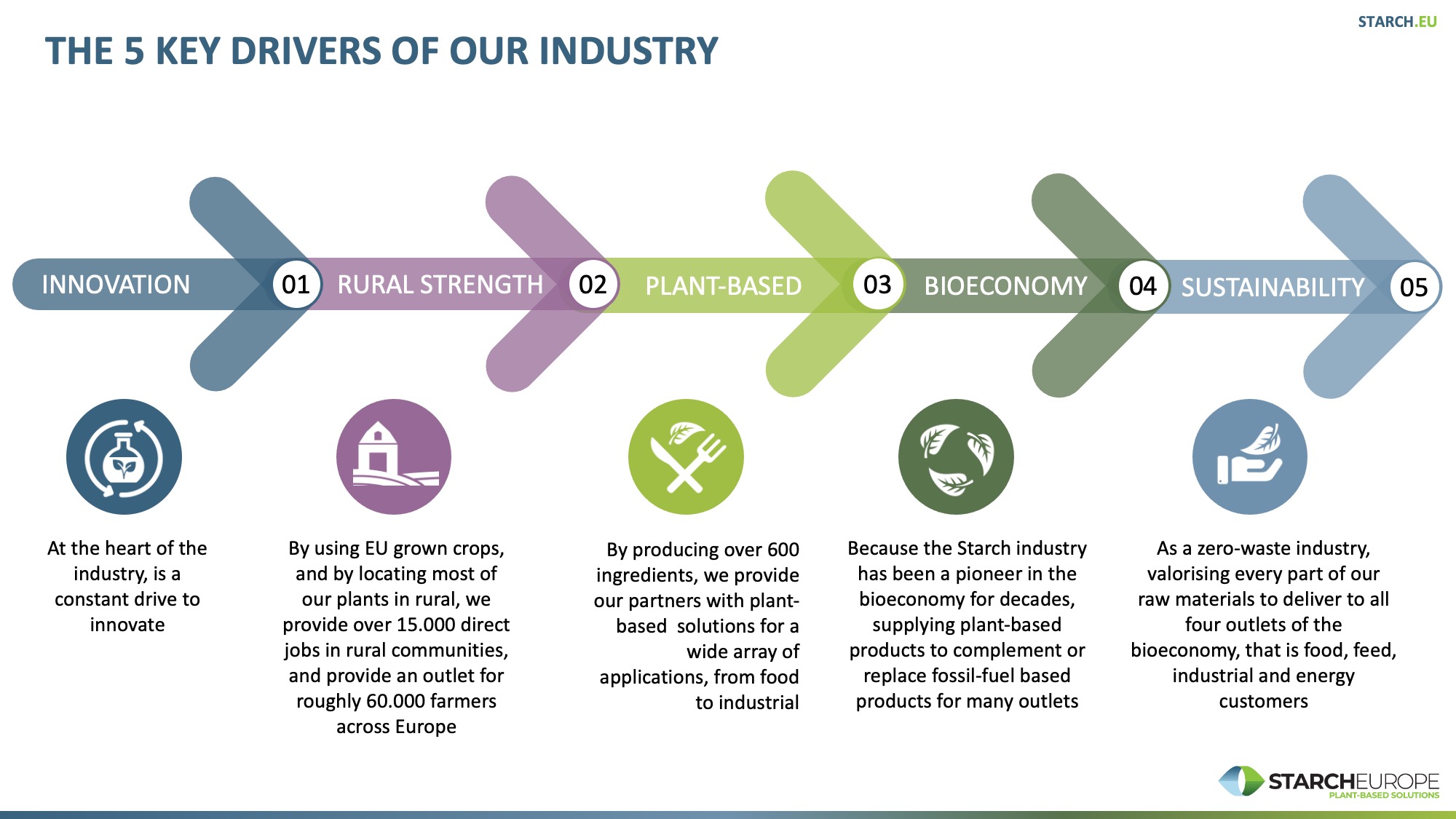 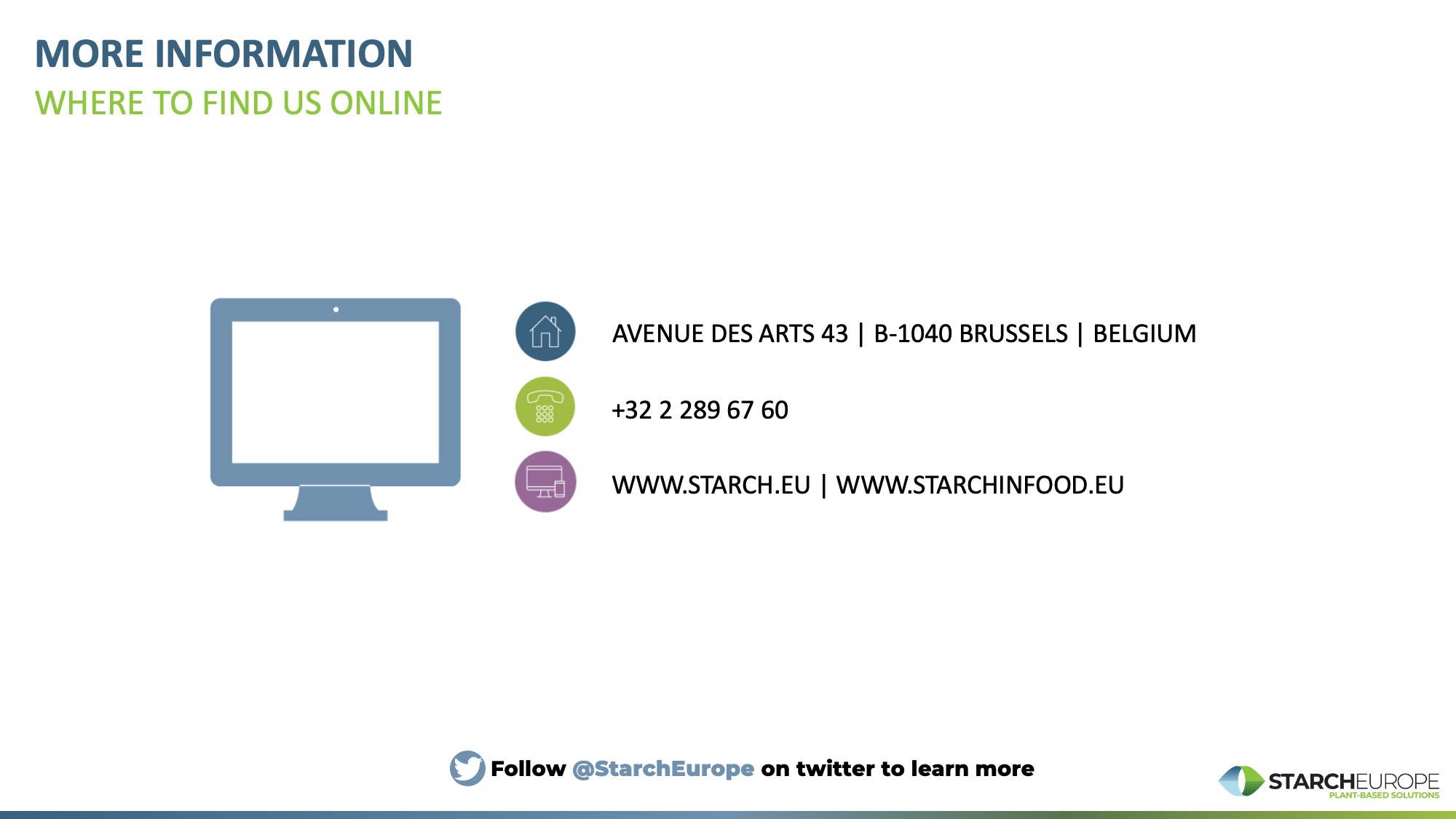 Although the early history of starch use is mainly unrecorded, some very early examples of its industrial use are documented. Reference to strips of Egyptian papyrus being stuck together with a starchy adhesive date back to 4000 BC. In 170 BC Cato described a process used by Romans for separating starch from grain and around 312 AD starch was shown to provide resistance to ink penetration in Chinese paper. By the 16th Century starch was being widely used in Western Europe, primarily in the textile industry as a stiffener.

In 1804, Bouillon-Lagrange first reported the production of dextrin, and in 1811, Kirchoff discovered that sugar could be produced from potato starch by hydrolysis with acid, thus bringing into being the first modified starches and starch sweeteners.

In Europe, starch was until the 18th century made primarily from wheat. From then however, potato became an increasingly important raw material for European starch. 50 years later the first maize starch was also being produced in Europe. Today Europe remains the world’s leading producer of potato starch, with European potato starch being exported to all corners of the globe. Over the years European potato starch farmers grouped together to form agricultural cooperatives and the majority of the EU potato starch producing companies which exist today are still agricultural cooperatives.

Until the 1970s most of the EU starch which was not made from potatoes was made from imported maize (primarily) and wheat from the United States. With the advent of the EU’s Common Agricultural Policy however, the EU became largely self sufficient in wheat and maize and EU starch today is produced almost exclusively from EU agricultural raw materials. Whilst some wheat and maize starch companies are also agricultural cooperatives, the majority are privately owned.