2015 is the right time for the abolition of EU production quotas on sugar and isoglucose because:

It will end the outdated, unfair and uncompetitive treatment of isoglucose:

It will stop the problem of EU sugar supply shortages in times of increasing global demand: 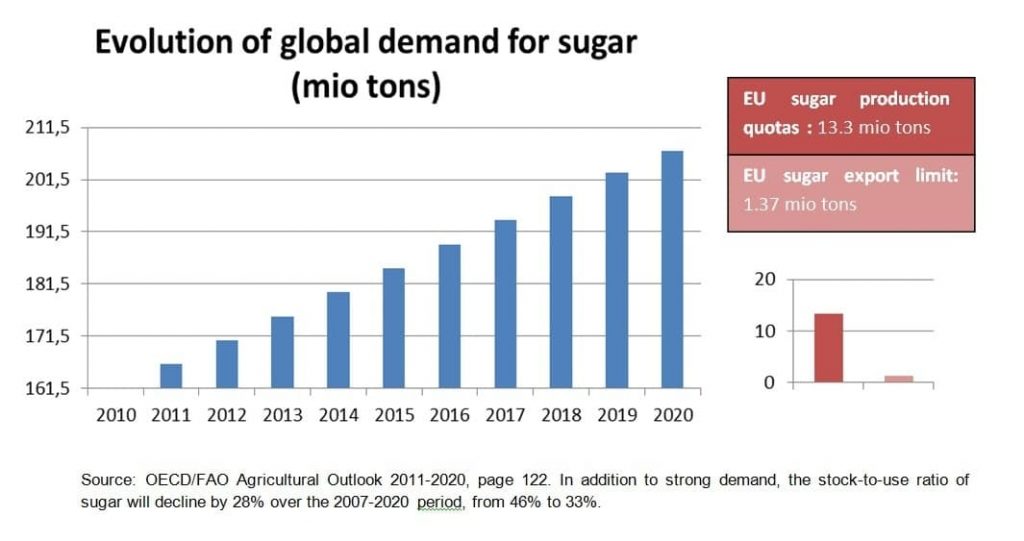 It will unleash production, investment, and growth to the benefit of the entire economy:

EU sugar farmers and the sugar industry are ready for a quota-free environment and will be able to reap benefits from it:

World food and sugar demand is strongly increasing and will continue to increase. 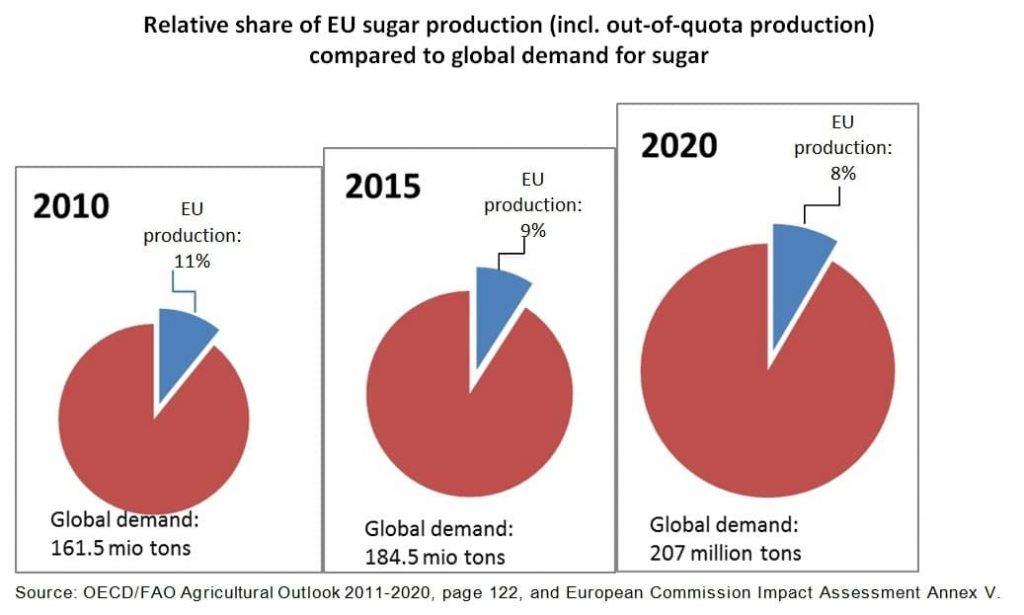 The EU has a responsibility both to itself and to the rest of the world to play its role in meeting this demand and contributing to global food security. 2015 is the right time for the abolition of production quotas on sugar and isoglucose.

[1] On 27 February 2012, the Commission sent a questionnaire to the Member States to assess the current EU sugar market situation. Member States then reported these problems of supply during the Single CMO Management Committee meeting of 8 March 2012.